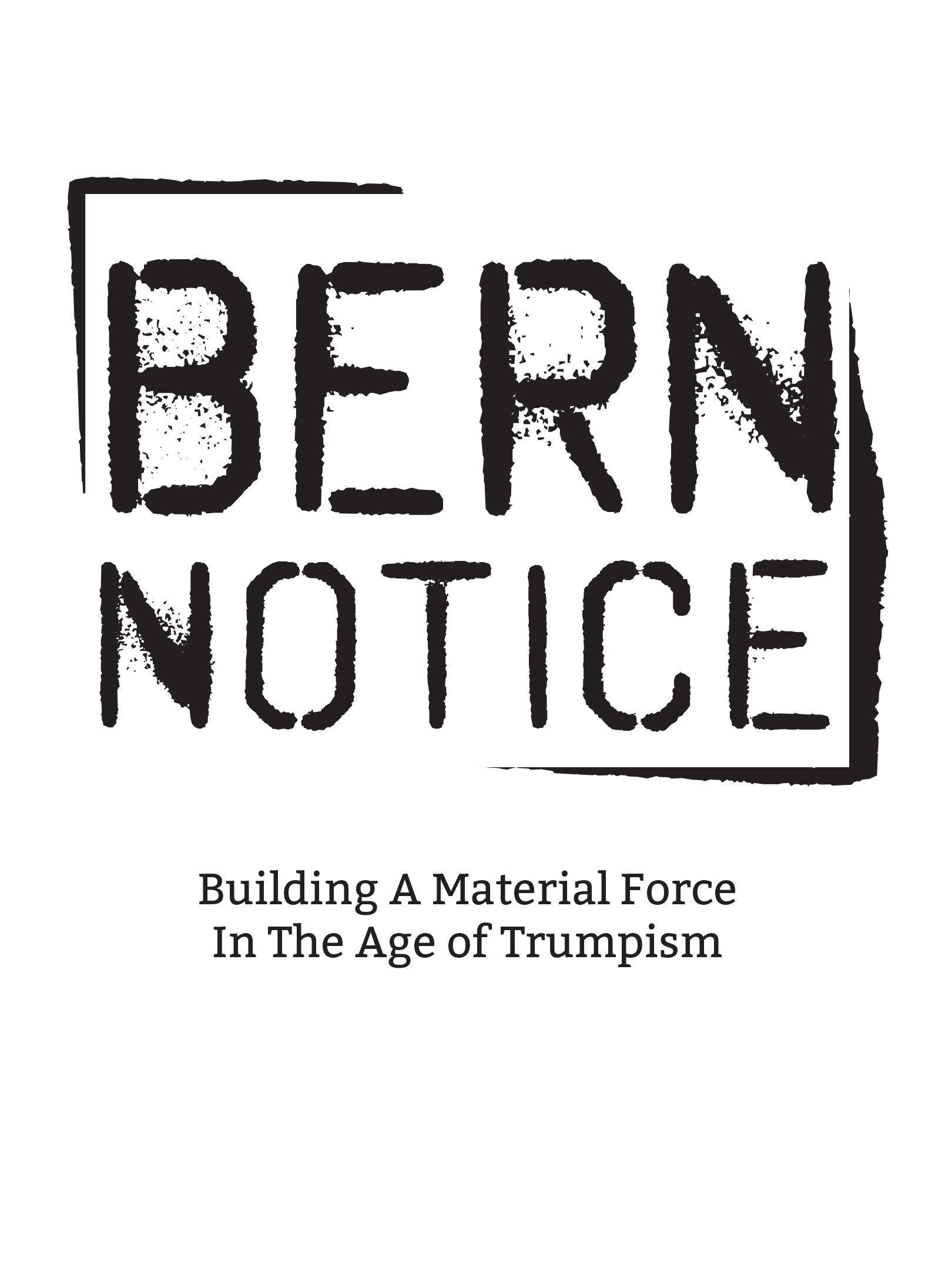 Bern Notice: Building a Material Force in the Age of Trumpism

"If we strive to create a material force within the social landscape; an autonomous anti-capitalist and anti-colonial movement that builds counter-power and new forms of life, then we must take stock of the other emerging forces in the current terrain. We have to think about how we can fight—and win, against the growing rise of the autonomous far-right, especially after Trump’s presidential run ends. For after Trump returns to being a real estate billionaire baron full-time, the cadres that gathered their forces during his campaign will take further shape autonomously, as backlash will surely build against Hilary, assuming that she takes the Presidency. At the same time, as we take a position in this 'three-way fight,' we must make sure that our resistance to the far-right is also linked to our struggle against the state and capital; attacking white supremacy as a neo-colonial system and not simply a fight against white nationalist formations on the fringes."

"For those that worked with Sanders’ campaign, we state plainly that nothing they have done has gotten us closer to this goal. With Sanders’ defeat now official in the eyes of many, the Democrats are now in a position to finally harness all the grassroots mobilization that the Bernie campaign has developed, and push people in the millions to pull the level for Clinton. 'Anybody but Trump!,' will be the new rallying cry, as millions will choose to either drag their feet or tow the party line. In this way, Sanders will have served his biggest role: playing revolutionary for the most counter-revolutionary party in history."

Uploaded by resonanceananarchistaudiodistro on September 17, 2016